Plate and Frame Filter Presses are the most basic and oldest type of Filter Press. A metal skeleton holds and locks the filter plates together to build a pressure chamber in the formation. Clamping is accomplished with either an old-fashioned wheel crank or, more recently, a hydraulic pump and cylinder (either manual or automatic). The plates are made of a variety of metals, including cast iron, aluminum, and polymers, the most popular of which is polypro. Before being filtered through the cloth, the slurry is pushed into one or more corner holes and then into each frame. The filtered clean water runs through the solid plate’s drainage system and into one or more corner holes that aren’t used for slurry feed. This clean solution makes its way to the customer’s tanks, drain, or process via discharge pipes. No more slurry can be fed into the filter press once these hollow frames are full with solids, so it’s time to open the press and knock out the solids.

How does a Plate and Frame Filter Press Operate?

The slurry is poured into a corner hole and runs into each frame, collecting solid particles on the filter cloths. The filtered part is then passed to a drainage tunnel in the flush plate and toward a corner hole that is untouched by the slurry. The filtrate is then headed to the next phase in the process through the discharge pipe.

After some time, the frames load with solids, the slurry feed pump closes, and the filter press is set to unlock. Filter cakes should be present in each frame as a result of solids accumulating on the filter cloths. The filter cakes are scraped off the frames and dropped in a cake hopper beneath the press with a spatula.

ADVANTAGES OF THE PLATE AND FRAME DESIGN

The main advantages of plate and frame presses are the ability to swiftly change filter cloths and employ a wider choice of filtration medium materials, including paper, which is frequently used for fine filtration applications.

Plate and frame presses are appropriate for jobs that prioritise filter area over volume. As a result, plates and frames are most usually utilised in polishing (rather than dewatering) applications, where the feed solids concentration is often less than 1% by weight.

The process flow rate and the known flux rate are used to size polishing treatments for a specific filtration region (volume per area per unit of time). Polishing applications typically include a redundant filter press sized to accommodate 100 per cent of the desired process flow to minimise dips in achievable filtration flow as the press fills with solids.

WHAT IS A RECESSED CHAMBER FILTER PRESS?

When filter plates are pressed together in a recessed chamber filter press, they generate a series of cavities between them. Filter cloths capture suspended particles, which build up inside each cavity to form a filter cake. In contrast, solids are collected in the hollow frames of the plate and frame design.

HOW DOES A RECESSED CHAMBER FILTER PRESS WORK?

The slurry is poured into the filter press through the feed (usually in the middle of the plate), and the solids are evenly dispersed across the media in each chamber (1). Solids begin to accumulate on the filter cloths, and the particles that accumulate on the cloths do the majority of the solid/liquid separation. Some fines slip through at first, but the solids soon build on the cloths (2). The fine particles are trapped in this layer, which is followed by a filter cake. As the dewatering process continues, the filter cake acts as a depth filter.

Usually, the filtrate (liquid) exits the filter pack (plates) via corner ports into a manifold. When the appropriate valves in the manifold are open, the filtrate moves out of the press by a single point, the filtrate outlet. The filtrate is then directed to the next phase in the process through the discharge pipe.

The solids build up within the chambers as the filter press gains pressure until the filter cake is full (3). The filling cycle is complete after the chambers are filled, and the filter press is ready to be emptied (4). After then, the press is opened, and the plates are separated. The filter cake drops from every chamber into a cake hopper or drum under the press as the plates are replaced. If necessary, scrape the cake from the cloths with a spatula.

ADVANTAGES OF THE RECESSED CHAMBER DESIGN

One of the most significant advantages of the recessed chamber plate design is feeding a large central hole rather than a small opening in the plate’s corner. The big space in the centre of the plates helps the chambers to fill more quickly and evenly, reducing the risk of clogging and plate damage caused by uneven pressure. This is especially true in applications where the feed solids are considerable.

However, in large-scale polishing applications with high flux rates, a bigger feed intake (coupled with acquiring one extra filtrate outlet in a centre feed setup) is important (for example, a Merrill-Crowe process). The calculated press flow rate will not be feasible if the filter plate inlets, outlets, and internal ports are not large enough.

Another benefit of the recessed chamber design is the potential to obtain higher feed pressure. The “frame,” or sealing surface, is attached to the centre web, preventing it from bending out under high pressure. 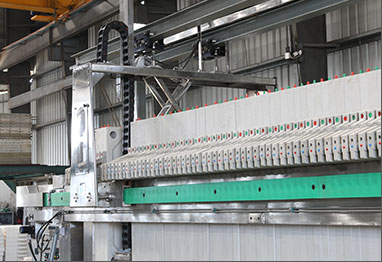 What is a filter press
and what are its advantages?

Filter Presses have been the priority of Met-Chem Manufacturing for several years. Filter presses (AKA Plate and Frame) have various advantages. One, specifically, is that such a huge piece of machinery has fewer parts to it. 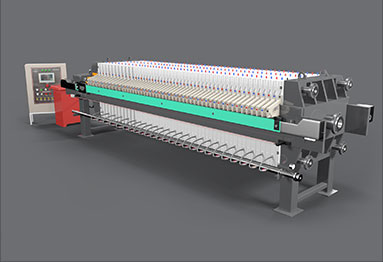 How does a membrane filter press work?

The 21st century is well equipped with technologies and automation industries. The use of technologies and automation had drastically changed the scenario and performance of the next-generation filter press. The membrane filter press is the most trusted dewatering equipment. The main purpose for this treatment is wastewater applications from industries. A filter paper extracts the liquid from the solid by removing various impurities. A filter press consists of a frame, filter plates, piping and valves, and filter cloth. The filter press will make the separation with the help of technology and applications which is convenient and economical in case of dewatering. 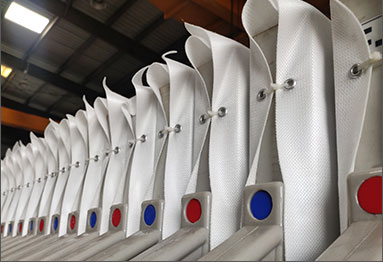 What is filter cloth selection?

A filter cloth selection plays important role in the case of filtration. A filter press, filter cloth, and shields clear filtration process with the help of short filter cycle and dry filter cake. Advanced technology had made this work easier in the 21st century. There are various types of filtration paper which is used by industries. The top companies avail themselves of their filter cloth and paper. The high-quality filter paper with good services can be detained easily by the top manufacturer. To know more about filter cloth selection have a look below.